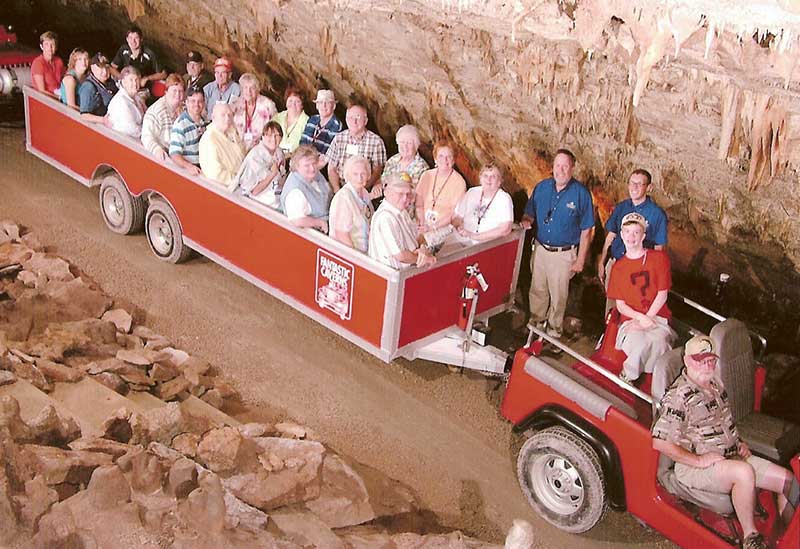 Beginning Thursday, June 23, forty-six Bidwells from eight states gathered in Branson, Missouri, for a jam-packed weekend filled with shows, excursions, food, and even time to learn more about the BFA and each other. Reunion host, Kevin White, could not attend until Friday evening. His new job several hours away required attendance at a training session which ended in late afternoon. Shows ranged from Dixie Stampede (with dinner) to the Passion Play (dinner included),to the Jim Stafford Show. Tours began with Ride the Ducks (restored WWII amphibious vehicles off and on the water, then continued with a drive-through-tour of the Fantastic Caverns. During the weekend we managed to squeeze in a BFA Board meeting, general business meeting, and the annual dinner & auction. For those who chose to stay over on Monday Silver Dollar City theme park filled the day. Highlights of the Board meeting, as reported to the general gathering, included I. Update on the status of Volume 2 – President, Don Bidwell, will serve as liaison with book compiler, Jane Grider, soliciting her knowledge of the following matters: do we self-publish or use an established publisher, such as Gateway of Baltimore who did Volume 1 for us? And how to fund publishing start-up costs. Some possibilities: perhaps a small amount of money can be taken from the Treasury to assist in funding. Or it may be possible to receive funds from Bidwell beneficiaries. Volume 2 will be published in a two-book set. The number of entries since Volume 1 in 1982 makes this necessary. The first book will contain just the descendants of John Jr., with the most known descendants. The second book will carry the descendants of John Sr.’s other children. 2. Treasurer, Shirley Aravich, will transfer her work and records to new Treasurer, Richard Bidwell in February. As the official time draws near, the membership will be given Dick’s address and e-mail information. (Current balance in the Treasury as confirmed by audit is under $21,000.) 3. Both the site and host for the 2010 reunion are yet undetermined. We’ll let you know. The annual auction was fun-filled as usual. Fred Cline of WA served as auctioneer, Bill Jakubowsky of IA served as bid-spotter, and Danielle Bidwell of IA “ran” the items to the winning bidders. Zeb Bidwell of IA & Ann Cline of WA noted the winners & collected payments. Items included jewelry, a glass vase, recipe box, clock, audio books, letter- opener, Christmas decorations, and cutting board among others. Since the evening was a warm one in the crowded room,even a seat in front of the only floor fan was auctioned off (for seven minutes). Winning bids totalled $850 which goes into the BFA bank account. (The weekend was enjoyable. But as a long-time participant, I felt the need for less time spent with outside activities, and more time for in-house activities to better acquaint ourselves with our Bidwell family. That will take additional planning for each reunion.)